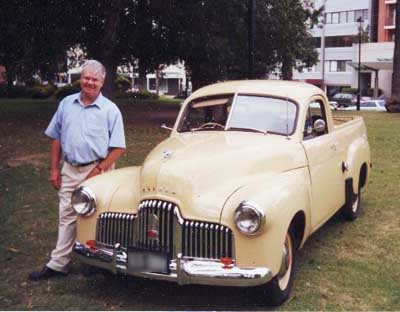 “I guess I’ve liked Holdens including Humpies as long as I could remember,” said Warren, a Plumber from Sydney’s Lower North Shore.

“The earliest recollection I had of 48s & FJs goes back to when I was about 10 years old. Dad was a Hire Car Driver and often when he was returning the Dodge, he would take me to the Depot where I would admire the 48s & FJs the Company used in its Taxi Fleet.”

Like most of us, our first connection with Humpies was in our youth or through Family, frequently both, and Warren was no exception. Warren’s Dad eventually acquired a set of Taxi Plates in 1959 and bought a 48 to use as a Taxi.

“Dad used to say that the 48s & FJs made the best Taxis” Warren explained.

His Dad’s 48 was in faithful service for 3 years and subsequently he used Holdens as Taxis until he retired in the 1980s.

Warren never lost his love for Humpies, but work and family commitments intervened for many years, so that love was put to the back of his mind. 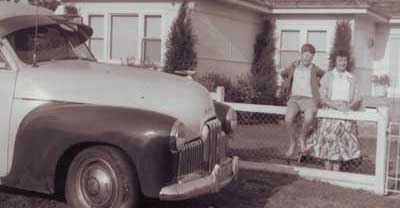 About 2 years ago Warren found he had a bit more time on his hands and thoughts of the Humpies were rekindled.

“I wondered what it would be like to actually own such a vehicle” Warren said, “so I started to look around to see if I could purchase one.”

After scouring the market, Warren heard about an early FX Sedan for sale in Wollongong. Warren contacted George Starkey, a Member of the South Coast Holden Owners Club only to find that the Sedan had been sold, but George mentioned he had a Utility in the garage which could be available if the price was right.

“As soon as I saw it, I knew I had to have it,” enthused Warren. “It looked really good and I imagined myself sitting in the Drivers Seat. After a bit of haggling it was mine.”

The Utility was a 1952, 50-2106 Series Vehicle, in excellent original but restored condition. George Starkey is renowned in Wollongong as a Restorer of these fine old cars.

Having purchased the Ute, Warren looked around for a suitable Club to join.

“There were a number of Clubs in the Sydney Area that catered to old Holdens, but I decided on the 48 & FJ Holden Owners Club NSW. It was unique in Australia, as far as I knew, because it was dedicated to keeping only 48s & FJs as close to original as is possible. That Club was always going to be the Club for me and the Members readily extended the hand of Friendship.”