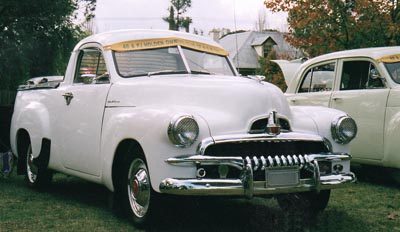 “If you asked me to describe myself I would probably say I was the Ute Freak of the Club. I love everything Ute” laughed Ian.

Ian Young was born in Belmore NSW. His father owned an old Chev Ute in which Ian and his brother used to play at every opportunity, particularly when they thought Dad wasn’t watching.

“I guess that is probably where my love of Utes actually started, all those years ago. That love has never waned in all the intervening years”

Over the years Ian has owned countless Utes, including EH & HQ Holdens and XC, XD, XE and XF Fords.

“That’s when I was young and silly; these days I almost choke when I say that four letter word” Ian said with a grin. And of course he didn’t mention the Hi-Lux and the Rodeo.

Ian’s wife, Jennifer, would contest that statement all day every day. Jennifer drives a VY Commodore Calais. She says the only reason she doesn’t drive an SS Ute is because there is no room for the grandkids.

“I say, stick ‘em in the back and they can bark at the other cars as they go past! Jennifer hasn’t got a sense of humour” is Ian’s response.

Ian is a laid back truck driver by trade and hails from Sydney’s Western Suburbs. He is an old style Aussie whose haute couture is thongs and stubbies. He would walk backwards to China if he liked you and thought it would help. 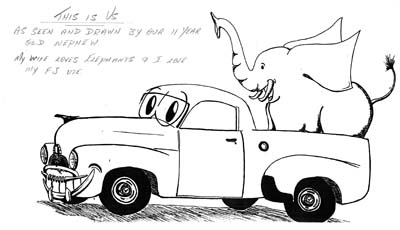 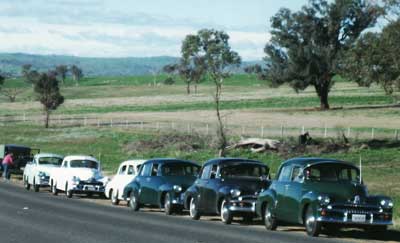 In 2000, Ian was steering his rig down a Sydney thoroughfare when a friend rang to tell him of an FJ Ute he had seen by the roadside that was for sale. After that call the rig started behaving badly and suddenly performed a U-Turn and headed towards the location of the Ute.

“I experienced a huge swelling in my chest when I saw that Ute,” said Ian, “It was love at first sight; I had to have it” The rest of the story was history, with the Ute now parked squarely in Ian’s driveway.

After a while, reality set in. “I only have a very basic mechanical knowledge and I realised I was going to need some help to keep my dream going”

Being a practical sort of Bloke, Ian reasoned that a group of like-minded enthusiasts could probably help him. And so the search for a suitable club began.

“There are lots of clubs in Sydney catering to old Holdens, but most of them included modified cars and I wanted to remain pure to the marque. I visited many of those clubs but found they didn’t suit my needs” he lamented.

Just when he thought he was losing the battle to find a club, Ian came across the 48 & FJ Holden Owners Club NSW.

“I came to a number of meetings and stood in the background making absolutely certain I would fit in. Sure enough the members welcomed me and made me feel comfortable. They are a varied lot from very diverse backgrounds, but that made no difference in their immediate friendship.”

“The Old Timers like Stan, Bevis, Lance and John have forgotten more about Humpies than I will ever learn in a lifetime” Ian enthused, “and they are more than willing to help genuine enthusiasts like myself’

“The Members enjoy a wonderful social life with regular runs and activities, sometimes lasting up to a week.”

Since joining the club some eight years ago, Jennifer (She who must be obeyed) and Ian have travelled to some really great destinations.

“Those are often the destinations you say to yourself ‘I must go there one day.’ Without the club, we would probably never have seen those spots. Lucky the club had such a great events director” 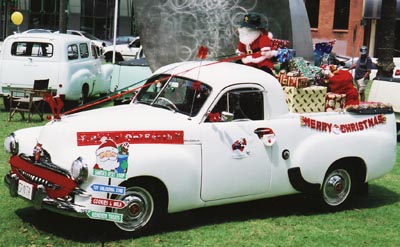 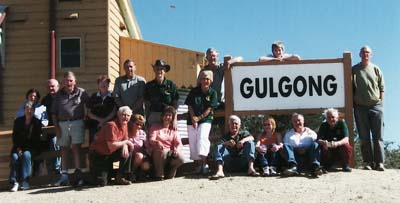 Ian is convinced that had he not joined the club, his dream would have collapsed and the Ute would have been long gone and Jennifer and he would not have had such memories and great times.

Ian and Jennifer love the club’s displays when they frequently theme their vehicles. Ian has presented his Ute in the past as a mowing service Ute and Santa’s sleigh. He is also an avid collector of memorabilia and Ute paraphernalia.

He is very enthusiastic about his Club life as he says in a quote from a radio advertisement, “I am not being paid to say these things, but believe them to be true”

Finally, Ian has a message for any would be unmodified Humpy enthusiasts; “Why not come along and check us out, join us on one of our runs or one of our functions. Better still look at the possibility of membership”

Following are a selection of unusual Utes that Ian has come across over the years, together with a couple of snaps of some of the Club’s Away Runs. 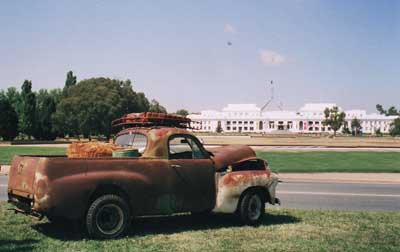 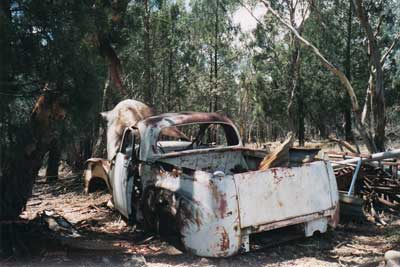